We Can Help Manage Your Ruskin Rental Property

Dennis Property Management is YOUR KEY TO FREEDOM.

Whether your home was purchased as a homestead or as an investment, Dennis Property Management provides unmatched, quality services to manage your investment. Our fees are highly competitive with other Property Management companies and no fees are collected until we find you a qualified tenant to move into your property.

To obtain more detailed information about our Property Management services or to obtain a no obligation evaluation of your property, call us now at (813) 948-5660 or submit an inquiry using the form to the right.

To obtain more detailed information about our Property Management services or to obtain a no obligation evaluation of your property, call us now at (813) 948-5660 or submit an inquiry using the form below.

What We Do As Your Ruskin Property Manager

You can trust our experience, extensive marketing, dedicated full-time support staff and specialized Property Managers to provide you results and peace of mind with your Real Estate. That’s why Dennis Property Management is “YOUR KEY TO FREEDOM”.

What sets us apart from other Ruskin
Property Managers

As active members of the National Association of Residential Property Managers (NARPM), our Management has extensive training, high-level knowledge and experience, and has emerged as a Leader in the Ruskin area. We specialize in the management of single family homes, multi-family homes, condominiums, townhouses, and commercial properties. Our Licensed Property Managers are located all across the Greater Ruskin area, and service all of Hillsborough, Pasco, Pinellas and Hernando counties.

KNOW YOU ARE PROTECTED WITH OUR GUARANTEES

If we don't collect rent as agreed, you don't pay us our management fee. We only get paid when you get paid.

If a property owner calls, texts or emails their designated property manager, your manager will respond within 24 hours, or we will waive that months management fee.

We work diligently to find you the best tenant for your property! We check credit reports, criminal background, eviction records, judgement history, and sex offender registry. We ask for verification of employment, proof of actual income, and we research rental history.

"I would like to take a few minutes of your time to express my opinions about Christina Fry. I hope that you and the other staff members at Dennis Reality realize what an asset she is to the company. My husband and I have been clients of Dennis Reality for a little over three years…Christina has/is far above the others before her. She is professional, punctual, courteous and highly efficient in any of our needs…Christina has taken control this past year and a half and finally got things done. I’m sure the property owners would also like to know that their home is now under a great manager with Christina."

Situated on the shores of the Little Manatee River, the town (founded on August 7, 1908) and college were named after the English writer and social reformist John Ruskin (1819–1900). Ruskin, a utopian, founded the guild of St George, a celebration of workmanship that underpinned the Arts and Crafts movement of William Morris. Ruskin was a passionate educator.

In 1907, Dr. George McAnelly Miller, a former Chicago prosecuting attorney and professor, and former president of Ruskin College in Trenton, Missouri, relocated his family to the area, and along with his brother-in-law Albert Peter Dickman’s family. They purchased land and started to set up homes, a saw mill, and a school. Mrs. Adaline D. Miller, (Dr. Miller's wife) founded a post office on August 7, 1908. This day is recognized as the official founding day of the town. The Ruskin Commongood Society platted Ruskin on February 19, 1910, and filed the plat on March 9, 1910, in the Hillsborough County Court House with lots for the college, the business district, two parks, and for the founding families, with only Whites allowed to own or lease land in the community. Albert Dickman’s house, finished in 1910, on the banks of the Little Manatee River, is one of the few structures left standing from the founding of Ruskin. Source From Wikipedia 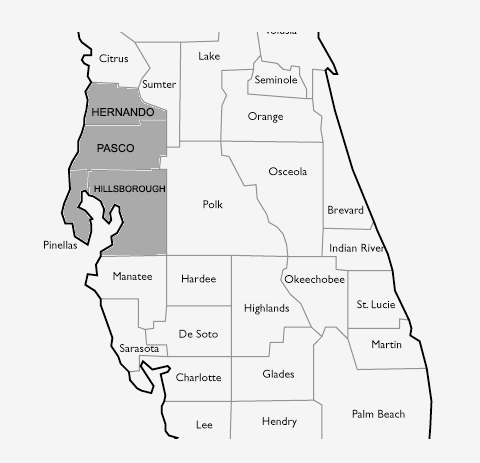